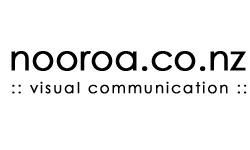 
Nooroa has been working for the past 5 years within the arts and culture industry as a Museum Guide and educator based at the Auckland War Memorial Museum, Queensland Museum in Brisbane as Science Centre Educator and more recently at the Auckland Art Gallery as 'all of the above'.

Nooroa has been instrumental as the conceptual design and primary illustrations for the Greenlight Literacy Programme. An Adult Literacy Programme using a Methodology developed in Latin America. He completed four learning module workbooks/video/CD/DVDs and was the voice of one of the tutor characters.

Nooroa has a great sense of humour and is a hard worker. He has attention to detail, has the abilty to keep to deadlines yet still have a sense of fun. Nooroa’s positive nature along with his creative talent. Nooroa is a very capable artist, handy with brush, chisel and computer.

Nooroa has always had a passionate about filmmaking, from the concept to the completion and from behind the scenes to in front of the camera.

PERSONAL
· I am able to communicate basically in Maori, Samoan, Tongan, Fijian, Nuien, Japanese, Spanish, Dutch, French, Croatian, Philippine, Thai, and American (also basic NZ SIGN)
· I am an energetic person who is full of enthusiasm
· I have the ability to meet tight deadlines yet maintain a sense of fun
· I am extremely creative and can conceptualize projects
· I enjoy challenges and am always keen to learn new skills
· I am conscientious and very tolerant, a great team player who is culturally sensitive and aware